My preparation was similar to that I did with 70-462 so check out my earlier blog post for more details. The main difference was that I built a lab environment and messed around with everything in SQL Server with the aid of a Microsoft study guide. Lots of stuff has been learnt from this and confidence with the product comes with that progression.

Honestly the first attempt at 70-462 felt easier than 70-461. Naturally I’m more of an SQL administrator (alright: configurator) than a query writer. I was disappointed to have failed it first time but I decided to come back for seconds.

My 3rd and final exam I have planned for this year will be 70-411: Administering Windows Server 2012. Upon hopeful completion of said exam I will become an MCSA in SQL Server 2012/2014 with a view to upgrading to SQL Server 2016/7 next year. 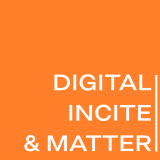